We are pleased to invite you to our upcoming event “Irish & Tibetan Concert”. It will be a unique opportunity to discover and enjoy Irish and Tibetan songs performed by Yangmo Tso, Brendan Hearty and Oliver Tennyson.

Book your tickets at events@tibetculture.lu before 25 January 2016. The places are limited! Yangmo Tso is a young Tibetan singer who is performing regularly and with great joy on special occasions such as Dalai Lama’s birthday, Tibetan New Year, weddings or Tibetan special days. Brendan Hearty‘s early years brought him under the influence of legendary Louth fiddle player Peter McArdle playing in Marks bar, Dundalk, where many of the country’s finest musicians gathered during the early seventies. He has toured with many fine musicians in Europe, USA and Australia. Brendan’s interest in early American traditional music led to his involvement with The Higgler’s Jug Band with whom he recorded two albums. Brendan is a unique singer and song writer, and fronts the Brendan Hearty Band, well known in the West of Ireland. He also performs regularly with Andrew MacNamara. Oliver Tennyson plays mandolin, concertina and harmonica. He sings traditional and original self penned compositions. He also makes mandolins and works in the visual arts.

Oliver and Brendan first met more than forty years ago and share a simple love and respect for music which is grounded and hopefully without contrivance.

The Buddha taught that this phenomenal world follows the process of interdependent origination in which one action or event causes another event, which causes another event, and so on. Interdependent origination explains how the happiness[...]
Jun
10
Wed
2020
7:00 pm The Essence of Ngöndro – Vajrasa... @ Online
The Essence of Ngöndro – Vajrasa... @ Online
Jun 10 @ 7:00 pm – 9:00 pm

The Ngöndro practice is very important for purifying negative karma and to generate wisdom.    Our mind is often compared to a field, with the potential to bring forth bountiful harvest of wisdom and compassion. For[...]
Jun
12
Fri
2020
7:30 pm Online Bardo Study Weekeend @ Online
Online Bardo Study Weekeend @ Online
Jun 12 @ 7:30 pm – Jun 14 @ 1:00 pm 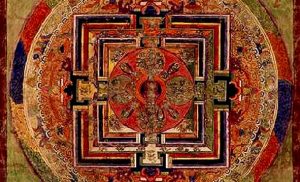 The Centre Culturel Tibétain is happy to announce an online weekend teaching by Lama Jigmé Namgyal on the bardo of life and the bardo of dying. The teaching will be given online, through webinar. The Bardo of life[...]
Jun
14
Sun
2020
6:00 pm Beginning the path of meditation @ Online
Beginning the path of meditation @ Online
Jun 14 @ 6:00 pm – 8:00 pm